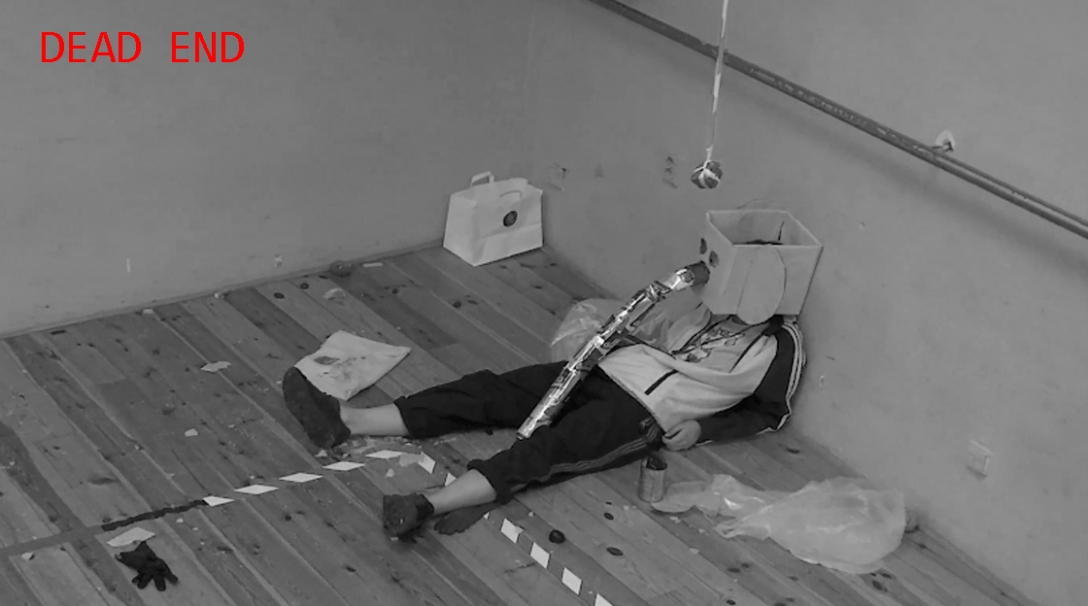 cities on the maps remind me of spiderwebs

Dead End is a theatre performance that presents a collage of situations inspired by childish ways of listening and observing the city and its environment. The attention of a child may point out to the things that often stay unnoticed, what makes us link it with the phenomenon of micro-urbanism, which field explores urban life not only from an anthropological point of view but also from the perspective of objects which creates our dailiness in different scales: from the cracks in the walls and small rubbish between the pavements to the highways from the bird’s eye view; from the rat squeak under a bridge to a train horn.

In this performance, we try to change the mode of perception of daily situations, by making them more playful and releasing them from established norms. Like this, we want to remind the spectator of the feeling of a child who is not ashamed of kissing a caterpillar on a playground or licking a glass of the bus door. As writes Michel de Certeau in “The Practice of Everyday Life”: “The childhood experience that determines spatial practices later develops its effects, proliferates, floods private and public spaces, undoes their readable surfaces and creates within the planned city a ‘metaphorical’ or mobile city.”

What are our natural surroundings? Which actions and behavior do our surroundings and our ideas about our surroundings trigger? In Dead End, we propose spontaneous answers in a playful way, reflecting our own memories of growing up in different cities.